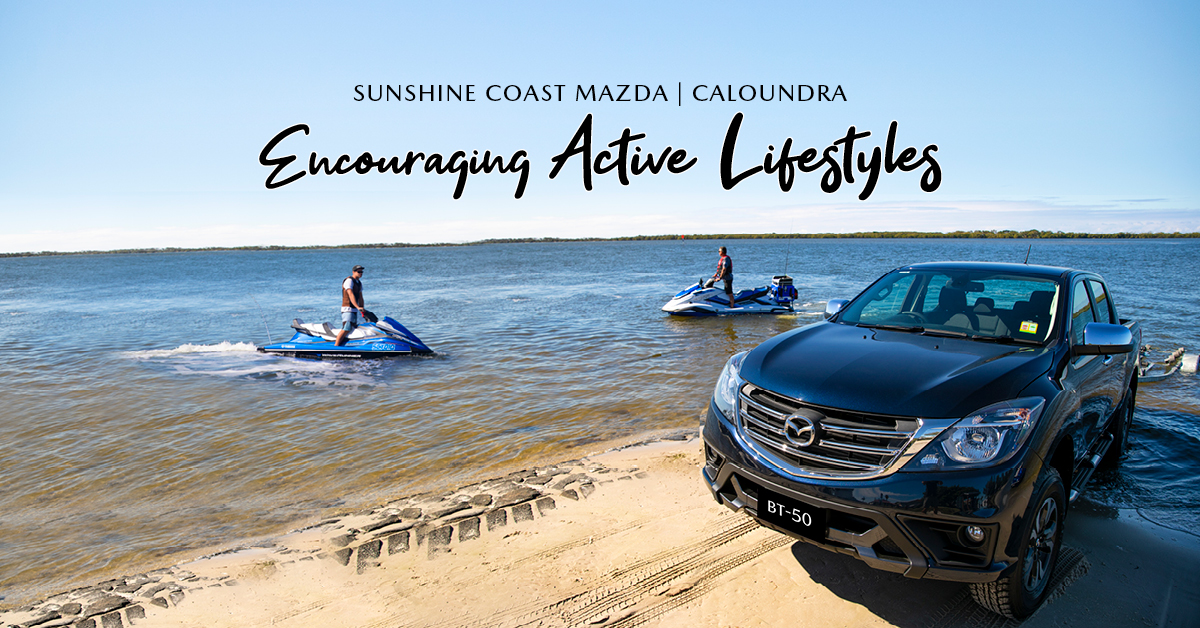 As part of a campaign to promote the Mazda BT-50 range, Sunshine Coast Mazda focused on encouraging active lifestyles, especially in the Caloundra region.

The campaign captured local businesses, locations, and a multitude of outdoor activities, including mountain biking, kayaking, free-diving and jet skiing; all in the versatile Caloundra area.

Michael Harris, Dealer Principal of Sunshine Coast Mazda, wanted to create a promotional campaign for the Mazda BT-50 which was focused on what the vehicle's versatility and off-road power can do for your lifestyle, getting you outside and exploring the region.

"We are huge advocates for the outdoor lifestyle that both Caloundra and the entire Sunshine Coast has on offer, the coastline, ocean, mountains and terrain in the region is something we should all be so thankful for.",

"So being able to tie our love of outdoors with our favourite vehicle to explore it in, seemed like a match made in heaven," He said.

The series started with a feature from local bike retailer, HIT Bikes Caloundra, who were filmed hitting the trails at Sugar Bag Road, a well-known mountain biking track in the area.

"The boys mounted the bikes on the back of the BT-50, and we were good to go - what a great way to show people just how fun and exhilarating mountain biking can be." HIT Bikes Owner, Dean Harding, said.

"It's an achievement to be able to bring together these people and local businesses to celebrate the amazing Sunshine Coast region." He said.

Your Mates Brewing, a popular local brewery, were happy to get involved and promote the strong free diving culture on the coast and provided several cold beverages to finish the day.

"We know how good we have it here, but it's great to spread the word so more people can get involved. Moffatt Beach is one of our favourite diving spots, the area is packed with amazing creatures." said Jake Black, Sales Manager at Your Mates Brewing in Warana.

"The Sunshine Coast is not just an amazing place to grow up in the outdoors; it has an abundance of talent that could develop into our future sporting professionals." commented Mr Robinson.

Having grown up in Palmwoods, Clint is a true believer in what the Sunshine Coast has to offer, especially when it comes to young water sport athletes and the opportunities they have to train and develop their skills.

The series of videos also included several jet skis taking-off from Golden Beach in Caloundra to explore the Pumicestone passage, the 35-kilometre channel between Caloundra and Bribie Island.

"When we were approached by Sunshine Coast Mazda to be a part of this series, we were thrilled. Not only is it showcasing local businesses, it's also showing off the amazing Sunshine Coast and everything it has to offer. And I mean, any excuse to get out on the water, right?" Stephen Dold, an owner of Sunshine Coast Yamaha, said.

Mr Harris commented that they might start highlighting other well-known Sunshine Coast locations, but for now, Caloundra is a focus for our team.

"We want to be the car dealership of choice for Caloundra locals, so we are happy to go the extra mile. If any locals want to test drive a new Mazda, we will take it to them at home or work, making it as easy as possible for them. If they need their car serviced, we will bring a loan car to them.",

"This strong focus on customer service is what sets our dealership apart, and it's why our customers keep coming back after all these years." said Mr Harris.

If you would like to test drive a new Mazda vehicle, whether it's at home, work, or at the dealership on the corner of Sunshine Cove Way & Maroochy Boulevard in Maroochydore, the helpful Sunshine Coast Mazda team will make the process as smooth as possible.

For more information or any enquiries regarding this article, please contact Michael Harris at Sunshine Coast Mazda.